I have just finished reading The Purposeful Universe-How Quantum Theory and Mayan Cosmology Explain the Origin and Evolution of Life by Carl Johan Calleman Ph.D. This insightful book describes and validates what I have always intuitively known to be true, the Universe is evolving according to a Divine plan and there is a matrix or blueprint imprinted into everything in the Universe and it connects us all together. Dr. Calleman calls it “The Tree of Life.”

He goes on to explain that the Mayan Calender marks the dates when waves of Consciousness are sent out from the Cosmic World Tree and move through the universe. These waves contain messages that affect the matrix contained at all levels of creation and cause the next wave of evolution to occur. He documents how this has happened in the past and just how accurate the Mayan calendar is at matching the dates estimated by scientists of past evolutionary ages. Dr. Calleman says that the actual date that the Mayan Calender ends is October 28, 2011 not on December 21, 2012 the date most other sources quote.

Even more impressive, he has discovered where this matrix is encoded in the human body, he calls this the Cellular Tree of Life. This Tree of Life is the centriole with exists within the cells of our body and contains the Flower of Life. He believes the centriole defines the architecture of the human body and contains within it the Golden Ratio, a harmonious pattern seen throughout nature.

I highly recommend reading this book if you are interested in learning about the nature of Consciousness and the evolution of the Universe.

Here is a further description of the book:
Identifying the Mayan World Tree with the central axis of the cosmos, the author shows how evolution is not random. He shows how the evolution of the universe emanates from the cosmic Tree of Life. He explains the origin and evolution of biological life and consciousness and how this is directed using recent findings within cosmology, coupled with his broad understanding of the Mayan Calendar.

Biologist Carl Johan Calleman, offers a revolutionary and fully developed alternative to Darwin’s theory of biological evolution–and the theory of randomness that holds sway over modern science. He shows how the recently discovered central axis of the universe correlates with the Tree of Life of the ancients. This provides an entirely new context for physics in general and especially for the origin and evolution of life and suggests that we look upon ourselves as parts of a hierarchy of systems that are all interrelated and evolve in a synchronized way. Calleman’s research demonstrates that life did not just accidentally “pop up” on our planet, but that Earth was a place specifically tagged for this. He demonstrates how the Mayan Calendar describes different quantum states of the Tree of Life and presents a new explanation for the origin and evolution of consciousness.

Calleman uses his scientific background in biology and cosmology to show that the idea of the Purposeful Universe is real. He explains not only how DNA but also entire organisms have emerged in the image of the Tree of Life, a theory that has wide-ranging consequences not only for medicine but also for the origin of sacred geometry and the human soul. With this new theory of biological evolution the divide between science and religion disappears. 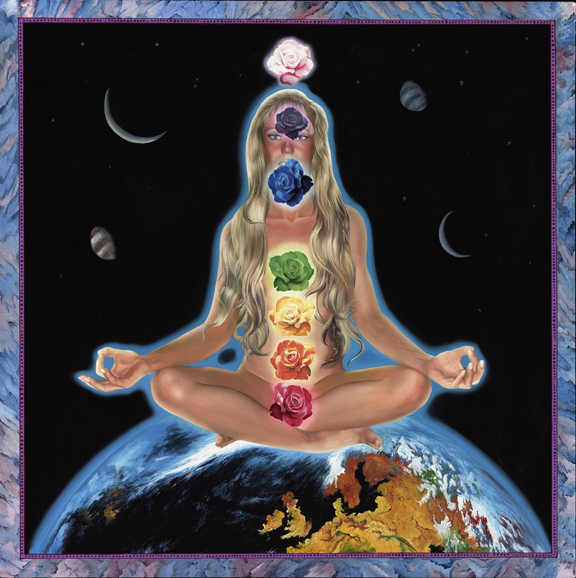 Writing From the Future: Awakening Your Imaginal Cells

Women, Orgasms and the 3-Part Communication

Tantra Tip of the Day – Unconditional Love and Respect
2 replies