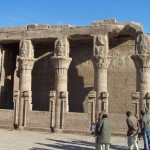 Health is not only a physical phenomenon. That is only one of its dimensions, and one of the most superficial dimensions because basically the body is going to die — healthy or unhealthy, it is momentary.

Real health has to happen somewhere inside you, in your subjectivity, in your consciousness, because consciousness knows no birth, no death. It is eternal.

To be awake and harmonious creates the possibility for ecstasy to happen. Ecstasy means the ultimate joy, inexpressible; no words are adequate to say anything about it.

And when one has attained to ecstasy, when one has known the ultimate peak of joy, compassion comes as a consequence.

When you have that joy, you like to share it; you cannot avoid sharing, sharing is inevitable. It is a logical consequence of having. It starts overflowing; you need not do anything. It starts happening of its own accord.

These four are the four pillars of inner health. Attain to it. It is our birthright; we just have to claim it. 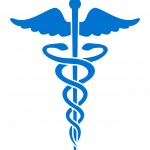 This was written by my friend Jivana Kennedy. I agree with Jivana that the time has come to heal our sexual wounds both individually and colectively. I offer Tantric healing and coaching sessions design with this in mind. I will be posting a video about my Tantra coaching sessions very soon. Learn more about my sessions https://www.tantraforawakening.com/coaching.html

Prostate cancer, breast cancer, ovarian cancer, uterine cancer, testicular cancer…. these diseases have all reached epidemic proportions in the 21st century.
And I believe that they all have something in common. Our world has been laboring under the oppression of a sex negative attitude for many thousands of years.

Take just a moment and consider the idea that it is through sexual energy that all of us come to be alive. And to take that out one degree further, all of nature is the product of sexual energy at various levels. Without it, none of the life forms we see all around us would exist.

I think I must have entered this life with the soul of a Tantrika because I became interested in and curious about sexual energy at a very young age. And that predisposition eventually led me into the buddhafield of an Indian Tantric Master, now known throughout the world as Osho.

You are undoubtedly familiar with the symbol of kundalini energy, because it is represented in the logo of The American Medical Association. It is the symbol of a coiled serpent wrapped around a staff. And yet, the medical establishment has been for the most part, as in the dark about sexual energy and its crucial role in health and well being, as has been the rest of our culture. Until now.

The coiled serpent of kundalini, or sexual energy lies coiled at the base of the spine, or what is called in the East, the first chakra. Chakras are energy centers in the body, and for the sake of simplicity we will refer to them as seven. Just as you see in the AMA logo, the coiled serpent of kundalini is designed to make its way up the staff, which represents the spinal column of a human being.

When the kundalini energy rises it allows the chakras to be fully charged, and the body to become fully electrified. But without knowledge of how to allow this energy to rise, it is never cultivated to its fullest capacity, and the body and it’s immune system along with many other vital functions is compromised.

Modern medicine has found many effective ways to treat this situation, but I feel that any true healing lies in understanding the underlying causes, and creating change at that level. Most humans in our culture have been deprived of the vast amounts of human love, touch, nurturing and knowledge of the body and sexuality that would be optimal and necessary for the fullest flowering of our human potential as vibrant, vital and sexually alive people. And that aliveness is not dependent upon being in a relationship. It is every persons birthright, regardless of their relationship status.

I have always believed that the human body is capable of maintaining a disease free condition, and I believe that the appropriate nurturing of our life force is an important key to achieving that level of health, balance, vitality, and overall well-being.

This is an energizing morning meditation that opens breathing, body, and inner energies, followed by witnessing and dancing.

1.First stage: 10 minutes
Breathing rapidly in and out through the nose , concentrate always on the exhalation. The breath should move deeply into the lungs, and the chest expands with each inhalation. Be as fast as you can in your breathing, making sure breathing stays deep. Do this as totally as you possibly can; without tightening up your body, make sure neck and shoulders stay relaxed.

Continue on until you literally become the breathing, allowing breath to be chaotic (that means not in a steady, predictable way). Once your energy is moving, it will begin to move your body. Moving your arms and body in a natural way will help your energy to rise. Feel your energy building up; don’t let go during the first stage and never slow down.

2.Second stage: 10 minutes
Follow your body. Give your body freedom to express whatever is there … EXPLODE! … Let your body take over. Let go of everything that needs to be thrown out. Go totally mad… Sing, scream, laugh, shout, cry, jump, shake, dance, kick, and throw yourself around. Hold nothing back, keep your whole body moving. A little acting often helps to get you started. Never allow your mind to interfere with what is happening. Remember to be total with your body.

3.Third stage: 10 minutes
Leaving your shoulders and neck relaxed, raise both arms as high as you can without locking the elbows. With raised arms, jump up and down shouting the mantra HOO!…HOO!…HOO! as deeply as possible, coming from the bottom of your belly. Each time you land on the flats of your feet (making sure heels touch the ground), let the sound hammer deep into the sex center. Give all you have, exhaust yourself completely.

4.Fourth stage: 15 minutes
Stop! Freeze where you are in whatever position you find yourself. Don’t arrange the body in any way. A cough, a movement, anything will dissipate the energy flow and the effort will be lost. Be a witness to everything that is happening to you.

5.Fifth stage: 15 minutes
Celebrate!…with music and dance express whatsoever is there. Carry your aliveness with you through-out the day.

Original art by www.mandalas.com
Tantra is the science of enlightenment. Awakening the Kundalini energy and learning how to move it through all the chakras is an important part of the journey.

“Kundalini is innate for all people: At the base of the spine, subtler than the physical body, lies the Kundalini energy, or spiritual energy, in a latent form. Regardless of what religious, spiritual, or meditation tradition one follows, the awakening of this energy, by whatever name you call it, is a most innate and essential part of spiritual advancement, unfoldment, or realization.” www.SwamiJ.com

One of my favorite practice’s for tapping into the serpent-power at the base of the spine is Osho’s Kundalini Meditation. This meditation helps you to connect to the ecstatic life force energy of the universe. The Kundalini, when activated, moves up from the base of the spine towards the crown, expanding conscious awareness. This meditation is a powerful tool for expanding your capacity for bliss and connecting you to the Divine. It is done daily at Osho’s ashram in Pune, India. I recommend doing it often.

Tonight we will be doing the Kundalini Meditation at my Tantra for Awakening Meetup in Sedona, AZ at 7pm. We meet at the Sedona School of Temple Arts located at 2945 Southwest Drive in West Sedona, just off 89A, Between City Hall and the Main Fire Station. Here is the link to this group: https://www.meetup.com/Sedona-Tantra-for-Awakening-Meetup-Group/

You can order the CD here: https://www.osho.com/Main.cfm?Area=Meditation&Language=English

If you’d like to learn more about moving your Kundalini energy attend my Awakening the Ecstatic Body: The Full Body Orgasm and Beyond Workshop in Phoenix September 26-27, 2009 Learn more and register on Pay Pal at: https://www.tantraforawakening.com/schedule.html