About my Mother, Freda Morris Belden,

At the moment I am immersed in caring for my mother 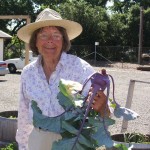 . She is dying of primary brain cancer. I took her to the ER in May for confusion and lethargy and she was diagnosed with a brain tumor. She had surgery a few days later and we learned it was a very aggressive form of cancer. She was discharge from the hospital to my house and I have been caring for her ever since.

My mother improved after surgery. She made the choice to not to have radiation or chemo. Treatment would only give her a few months and would have a negative effect on her quality of life. She declared she had lived a good life and wanted to die consciously. She has been interested in Consciousness since the 1960’s.

I introduced her to the Buddhist practice of Phowa , which I was initiated into in May 2006. It is the practice of learning how to live and die consciously. Phowa was created by the Amitabha Buddha. The Buddhist Stupa near my house is dedicated to the Amitabha Buddha and I have developed a deep connection to him since moving to Sedona. I t makes sense now that part of my reason for moving here was to prepare myself for helping my mother cross over.

Almost immediately after getting out of the hospital, my mother began saying her goodbyes to her friends and family. She meditated twice daily. She had a couple of presentations she wanted to do for the local Ken Wilber group she was in. She arranged to do the presentations and they were well received. She kept a journal and considered writing her third book.

In July, about a month after her surgery, I took my to Washington state to visit her oldest-best friend. She spent a week with her. I then took her on a trip around the Olympic Peninsula. We had a great time. She was able to enjoy the sights and even hike a bit. She said it was the first time she took a trip just for fun. The last vacation I had taken with her was more than 40 years ago. I am so grateful I took the time to be with her while she still was relatively healthy.

After we returned to Sedona my sons came to visit. My younger son, Josh was the last person on her list of people she needed to tell goodbye. Eli, my older son, had come to see her with his family shortly after she came home from the hospital. Within days, after they left that she began a gradual decline. In August, my brother and his wife came to visit and care for Mom. I took the opportunity to go back east for 2 weeks to visit my grandson, Zev, in Atlanta and attend a conference in North Carolina. During the time I was gone, I realized how much of my energy was being used to support my mother’s process. It was good for me to have some time on my own.

While I was away, she had a drastic decline, becoming more confused and unable to get out of bed on her own. Since my return August 16th she continues to slip away. She is now bedridden and incontinent. She converses very little but responds occasionally. The good news is she is without pain and is mostly at peace. She likes to listen to relaxing music and talks by Adyashanti, Gangaji and Ekhart Tolle.

This experience has been incredibly humbling for me. It is much harder than I imagined it would be. Watching my mother slowly pass into the formless realm is at times heart breaking. What I know as her, is dissolving a little bit each day. Still, her body still eats, sleeps and breathes. Love and sadness dance in my heart as I sit by her bed and send her blessings.