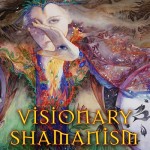 Visionary Shamanism Activating the Imaginal Cells of the Human Energy Field. Order here.
Please check out this amazing new book by one of my favorite visionaries, Linda Star Wolf and co-author Anne Dillon.

This book offers shamanic prac­tices to access your spir­i­tual blue­print, commu­ni­cate with the univer­sal mind, and trans­form in to your high­est spir­i­tual self. This book explains how to tune in to imag­i­nal cells to heal the past, acti­vate the shaman within, and down­load infor­ma­tion from the future. It includes shamanic breath­work prac­tices and ritu­als to open access to your spir­i­tual blueprint–the holo­gram of who your high­est, best self is meant to be–and be more potent and power­ful in the present.

We are in a highly tran­si­tional time on Earth as old struc­tures break down in prepa­ra­tion for the new world that is coming. The accel­er­ated pace of this time of spir­i­tual evolu­tion is forc­ing each of us to awaken the shaman within and reach our high­est poten­tial as quickly as possi­ble. We no longer have the luxury of learn­ing only from the past–we must also down­load infor­ma­tion from the future in order to be fully present, fully conscious, in our most embod­ied and best self now.
Read an Excerpt Here…

Incorporating the wisdom teach­ings of Seneca Wolf Clan Grandmother Twylah Nitsch with shamanic jour­neys and shamanic breath­work prac­tices, Linda Star Wolf and Anne Dillon explain how to heal the past, learn from the future, and acti­vate the imag­i­nal cells within our human energy field. Imaginal cells are the ener­gies of what has already happened and will happen stored in the blue­print of the invis­i­ble world. By tuning in to these imag­i­nal cells, you can open access to your spir­i­tual blueprint–the holo­gram of who your high­est, best self is meant to be–and accel­er­ate your evolu­tion­ary poten­tial in this life­time. Including infor­ma­tion received by Star Wolf from the future, the book explores how to develop a commu­ni­ca­tion link with the universe, receive guid­ance from the univer­sal mind, and draw infor­ma­tion from the future to be more potent and power­ful in the present, live in harmony with one another and the planet, and fully prepare your­self for the new world to come.

I have just finished reading The Purposeful Universe-How Quantum Theory and Mayan Cosmology Explain the Origin and Evolution of Life by Carl Johan Calleman Ph.D. This insightful book describes and validates what I have always intuitively known to be true, the Universe is evolving according to a Divine plan and there is a matrix or blueprint imprinted into everything in the Universe and it connects us all together. Dr. Calleman calls it “The Tree of Life.”

He goes on to explain that the Mayan Calender marks the dates when waves of Consciousness are sent out from the Cosmic World Tree and move through the universe. These waves contain messages that affect the matrix contained at all levels of creation and cause the next wave of evolution to occur. He documents how this has happened in the past and just how accurate the Mayan calendar is at matching the dates estimated by scientists of past evolutionary ages. Dr. Calleman says that the actual date that the Mayan Calender ends is October 28, 2011 not on December 21, 2012 the date most other sources quote.

Even more impressive, he has discovered where this matrix is encoded in the human body, he calls this the Cellular Tree of Life. This Tree of Life is the centriole with exists within the cells of our body and contains the Flower of Life. He believes the centriole defines the architecture of the human body and contains within it the Golden Ratio, a harmonious pattern seen throughout nature.

I highly recommend reading this book if you are interested in learning about the nature of Consciousness and the evolution of the Universe.

Here is a further description of the book:
Identifying the Mayan World Tree with the central axis of the cosmos, the author shows how evolution is not random. He shows how the evolution of the universe emanates from the cosmic Tree of Life. He explains the origin and evolution of biological life and consciousness and how this is directed using recent findings within cosmology, coupled with his broad understanding of the Mayan Calendar.

Biologist Carl Johan Calleman, offers a revolutionary and fully developed alternative to Darwin’s theory of biological evolution–and the theory of randomness that holds sway over modern science. He shows how the recently discovered central axis of the universe correlates with the Tree of Life of the ancients. This provides an entirely new context for physics in general and especially for the origin and evolution of life and suggests that we look upon ourselves as parts of a hierarchy of systems that are all interrelated and evolve in a synchronized way. Calleman’s research demonstrates that life did not just accidentally “pop up” on our planet, but that Earth was a place specifically tagged for this. He demonstrates how the Mayan Calendar describes different quantum states of the Tree of Life and presents a new explanation for the origin and evolution of consciousness.

Calleman uses his scientific background in biology and cosmology to show that the idea of the Purposeful Universe is real. He explains not only how DNA but also entire organisms have emerged in the image of the Tree of Life, a theory that has wide-ranging consequences not only for medicine but also for the origin of sacred geometry and the human soul. With this new theory of biological evolution the divide between science and religion disappears.